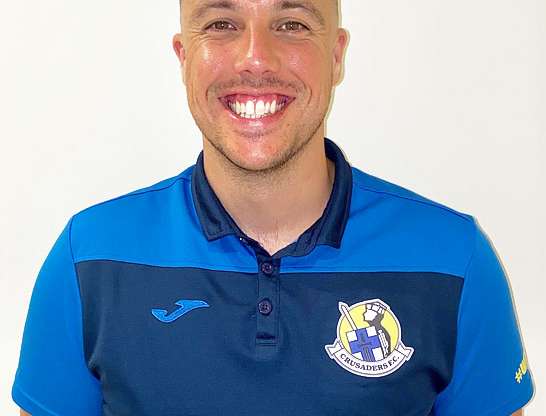 Sammy has been at Crusaders since day one. He has a passion for football/futsal and developing young players. Sam is a father of two future Crusaders.

He brings with him extensive experience in playing and coaching football/futsal. He played at a semi professional level in the UK after being involved in the youth set up at a variety of professional clubs. Since moving to Australia Sam has played locally on the Gold Coast for 9 years.

Sammy has a background in teaching PE in the UK and this is also where he began his coaching career after obtaining his FA Level 1 coaching badge. Since coaching with Crusaders FC, Sam has coached every age group in a variety of competitions.